On April 19th, Maurice Scott, Junior signed with Huntington University to play basketball.  He was a four year letter-winner on the boys basketball team.  He also holds the school record in career assists, season assists, and assists in a game.  During his career, Riley won two Sectional Championships, a Regional Championship, and a Co-NIC team title.  This past season Scott was also named Second Team All-Conference.  During his high school career, Scott also was a golf and letter-winner on the boys golf team.  Good Luck to Maurice as a Forester!!! 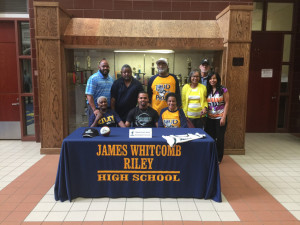 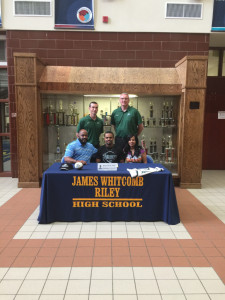 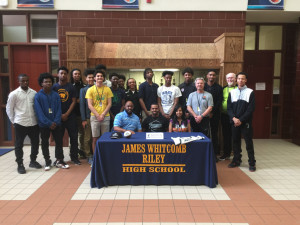