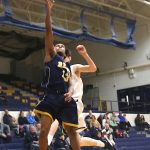 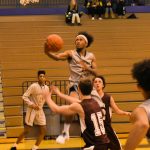 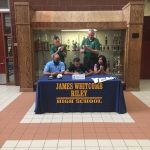 On April 19th, Maurice Scott, Junior signed with Huntington University to play basketball.  He was a four year letter-winner on the boys basketball team.  He also holds the school record in career assists, season assists, and assists in a game.  During his career, Riley won two Sectional Championships, a Regional Championship, and a Co-NIC team 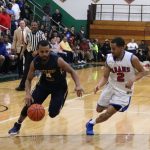 Congratulations to Damezi Anderson on being named the NIC MVP!  Maurice Scott Junior was named to the Second Team All-Conference and Shamar Dillard was named to the Honorable Mention Team.  The Wildcats were also the Co-Champions of the NIC.  Below is a link to the complete write-up about the boys basketball all-conference players.   NIC 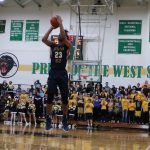 Multiple Teams · Mar 5 Riley Bounced in First Round of Sectionals

Riley Bounced in First Round of Sectionals March 4th, 2017 By Korbett Koselak-Riley High School Senior SOUTH BEND – By now, everyone has received one version or another of Riley’s first round elimination at the hands of the Sectional Champion Adams Eagles on Wednesday over at the Great Western Forum. My apologies for the delayed 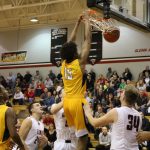 Riley Finishes Regular Season 19-2, NIC Champion February 25th, 2017 By Korbett Koselak-Riley High School Senior WALKERTON – The South Bend Riley Wildcats knocked off the John Glenn Falcons 70-63 in Walkerton on Friday to clinch a share of the NIC-Crown. Senior Guard Nate Marino led the way for Riley with 18 points in the 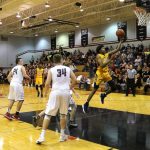 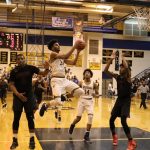 If you weren’t at the game on Tuesday night you can relieve the moment by watching the video below.  Riley’s Korbett Koslak and Clay’s Amere Dozier called the game on WETL 91.7 the Mix.  They have both done a great job broadcasting several of the Riley Basketball Games this season.  Video was taken by Kyler 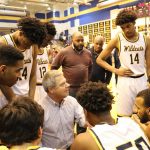 Anderson Clutch as Riley Knocks off #1 February 21st, 2017 By Korbett Koselak-Riley High School Senior   SOUTH BEND – Indescribable. That is the only word capable of encompassing the events that took place in the fourth quarter of South Bend Riley’s 74-73 victory over the #1 ranked Fort Wayne North Legends on Tuesday. With 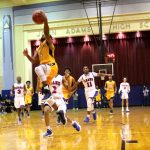 Walter Ellis Game-Winner Lifts Adams over Riley February 18th, 2017 By Korbett Koselak-Riley High School Senior SOUTH BEND – The phone is still ringing after the (17-2,10-1) Riley Wildcats fell to the (17-4, 10-1) Adams Eagles 71-69 in the waning seconds. Coming into last Tuesday’s contest against LaPorte, Riley was 17-0, but to many, finally